I was lucky enough to get "squeezed" in to Donna Kato's class in Colorado Springs on Saturday. We're leaving tomorrow (Friday) and won't be back until Sunday. Should be fun...I've been wanting to meet Donna for a while now :o)
Posted by Barb Fajardo at 3:42 PM 4 comments: Links to this post 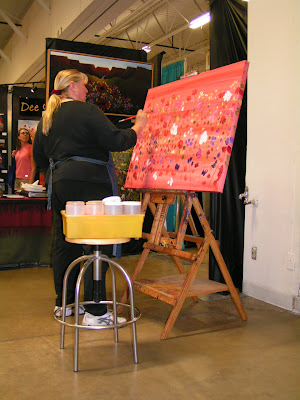 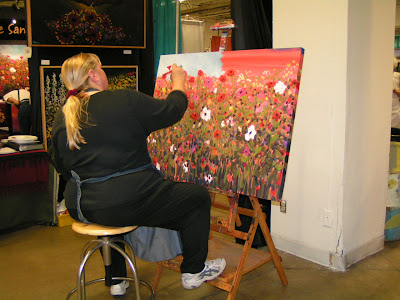 Here is just one of the amazing artists that I met at the fair...her name is Dee Sanchez and she did a demo at her booth (which just happened to be next to me). Hopefully I will own something of hers by the fall. You can't even imagine how beautiful her work is in person...
Posted by Barb Fajardo at 9:02 AM 2 comments: Links to this post 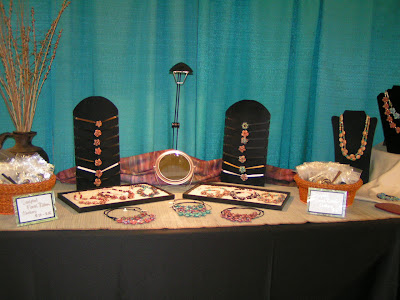 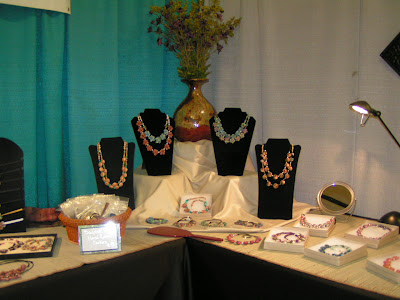 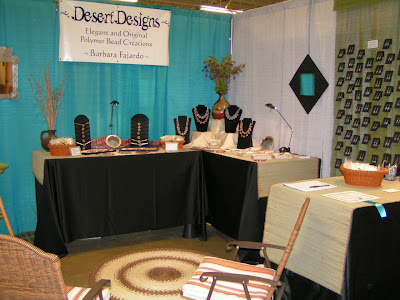 I had a very good show this past weekend at the NM Arts and Crafts Fair. All of the artists are incredible and so nice. Here are a couple of pictures of the booth before the show started. I have a few more, I just have to find my camera *g*

My bead room is a disaster, so that's what I'll be working on for the next week or two. Hope everyone is well.
Posted by Barb Fajardo at 8:31 AM 2 comments: Links to this post

Gosh, I get tired of this. I wish some people would just get over this fascination/obsession they have with noting on every board they visit "who did what when" whether they're asked or not.

I'm sure many don't know the story (especially those new to polymer clay), so let me give you the short version. I "invented" something all by my little 'ole self...or at least I thought I had...for about a year or three.

Swirl Lentils we call 'em. Or some call them 'Swirly Lentils'...don't like the 'y' added, cuz it makes them sound silly somehow.

So after this artist posted her tutorial, she was asked by the "originator" to take the tutorial down. She refused. So, in order not to look like I was using or had used this tutorial, I put up my own versions on PCC called "Scrappy Swirls" and another on my site called "Swirled Lentils with Beadcaps and Inclusions."

I'm sick of some trying to make me out as someone stealing this other artist's thunder (the one that posted a tutorial of a technique learned from the "originator").

...nuff said...thank you for your support my friends :o)
Huge hugs,
Barb
Posted by Barb Fajardo at 5:40 PM 16 comments: Links to this post